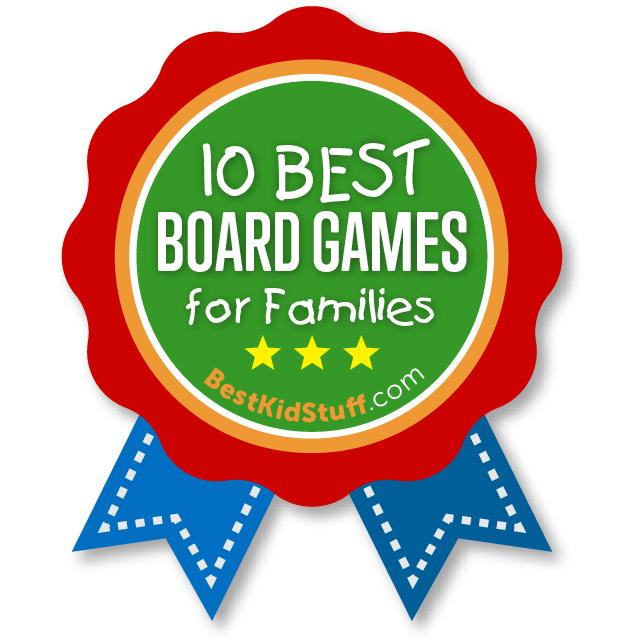 There’s a rich history behind board games that stretches back thousands of years. For so long, our species has been obsessed with creating and playing them, and as different cultures and civilizations interacted, board games proliferated around the world. It’s one of the coolest ways we communicate and understand each other despite our differences.

Board games are perfect in so many situations where you need entertainment. They bring people together around structured fun and competition and are great for knocking out boredom, breaking the ice with new friends, and getting your family to engage in the same activity.

We’re in a golden era of board game versatility. While you may have played the classics, you’d be surprised how many board game options you can choose from today. There are portable options that don’t cost much and can provide hours of fun for you, and especially for kids.

They’re a great way to get kids (and adults) off of their screens and using their brains in creative ways. On our list, we’ve picked a versatile crop of board games. There’s something for everyone.

We ranked these games on their cost, the number of Amazon reviews and the average review score, and the age range the game covers. We’ve also gone over what reviewers said in our pros and cons for each item. Each ranking category is evaluated out of a possible 300.

Let’s check out the games that made the list!

The Melissa & Doug Suspend Family Game prizes hand-eye coordination, balance, and construction. It features a wooden base, four frame rods, a colored die, a wooden connector, and 24 game rods. 1-4 players can play it, and it’s suggested for 8-year-olds and up.

Nurture your child’s sense of balance and coordination…Buy it on Amazon today! 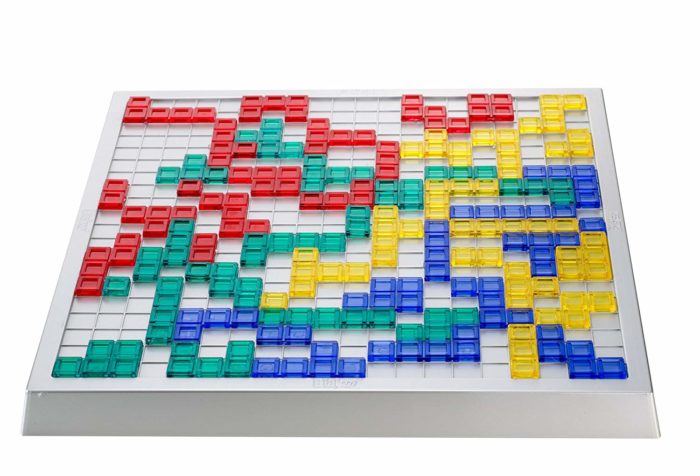 Blokus is a race game where players compete to fill a board with their different colored pieces. 2-4 people can play it. It’s recommended for ages 5 and up. It teaches kids strategy and spatial awareness.

Pieces must touch at least one piece of the same color. Players race to cut off and confine opponent pieces. When the board is filled whoever has the least squares of their color left wins.

Game Night… an opportunity for fellowship with friends and family. Get the Blokus Game from Amazon! 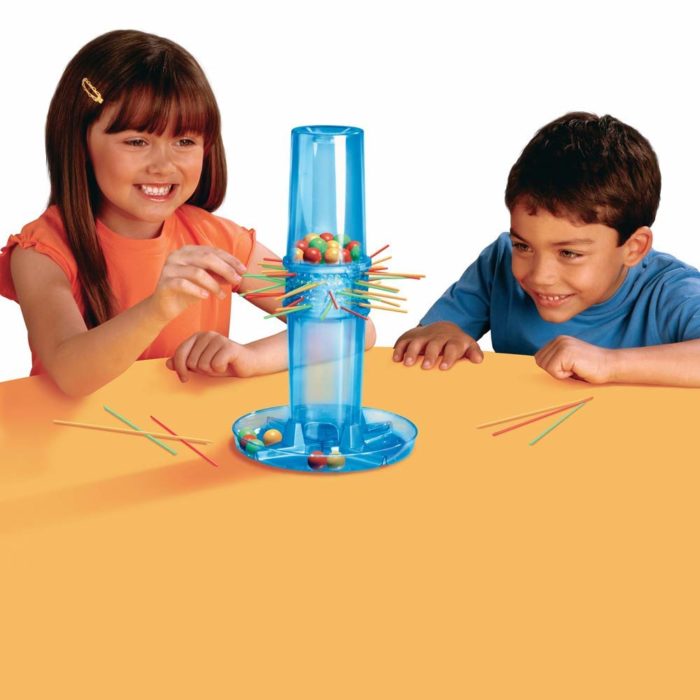 KerPlunk is an old school game that’s been proven timeless by excited young players. It’s for children 5 and up. The game revolves around removing straws that hold marbles suspended in a tube. When the sticks are removed, the marbles can fall. You want as few marbles to fall as possible.

The player with the fewest marbles at the end of the game wins. Two to four players can play at once. If you remember KerPlunk, this is a great way to share your memories with kids.

Buy the timeless game of KerPlunk at Amazon!

4) Not Parent Approved: A Card Game for Kids, Families and Mischief Makers 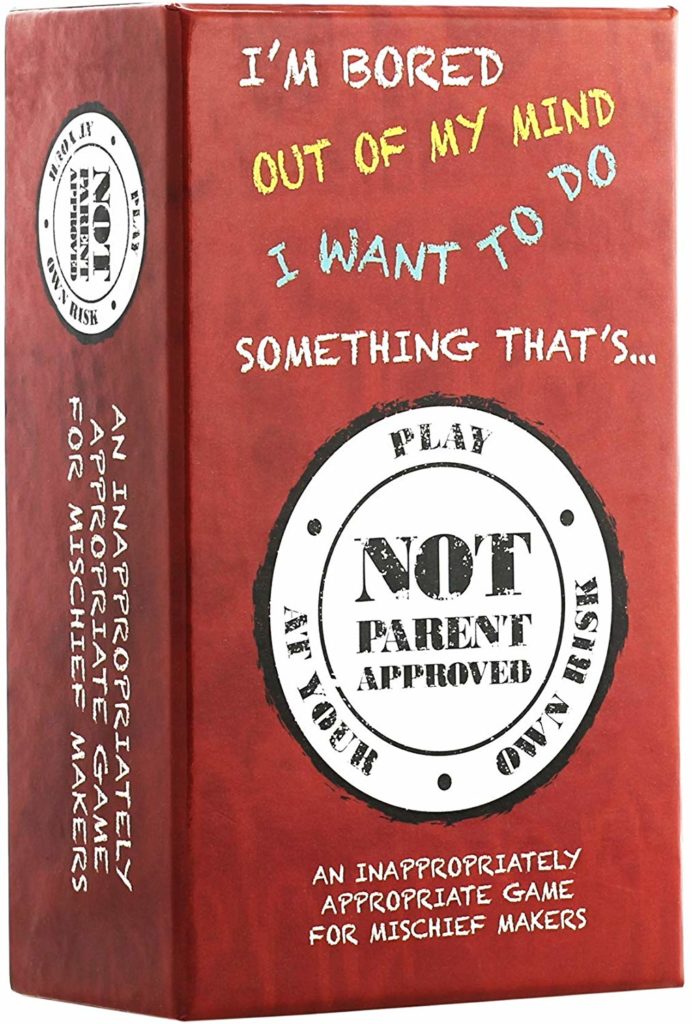 The Not Parent Approved game is great for tweens, teens, and even adults. 4-10 players can participate, and it’s intended for users 8 and older. There are separately sold expansion packs if you come to love it.

This game is inspired by Cards Against Humanity, except it’s not too dirty. It’s a great way to get kids to read and read aloud. The game is extremely portable, and aims to make you laugh!

From ages pre-teen to adults, this game is fun for everyone! Through Amazon Prime, you can be playing it in your home in as little as two days! 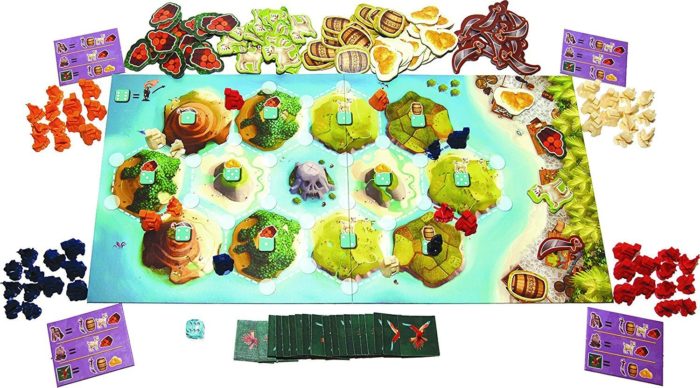 Catan: Junior game takes the classic civilization game Settlers of Catan and makes it fun for kids. The whole family can enjoy this game together, and it has a lot of replay value. Players five and up can play, and two to four players can play at once.

Players use resources to build ships, hideouts, and more. They avoid ghosts, parrots, and fight to control seven pirate hideouts to win. The game involves luck and strategy and is an adaptation of a game beloved by all ages.

Are you ready for an adventure? If so, the Catan game is for you! Amazon has is on its awesome website…Click here! 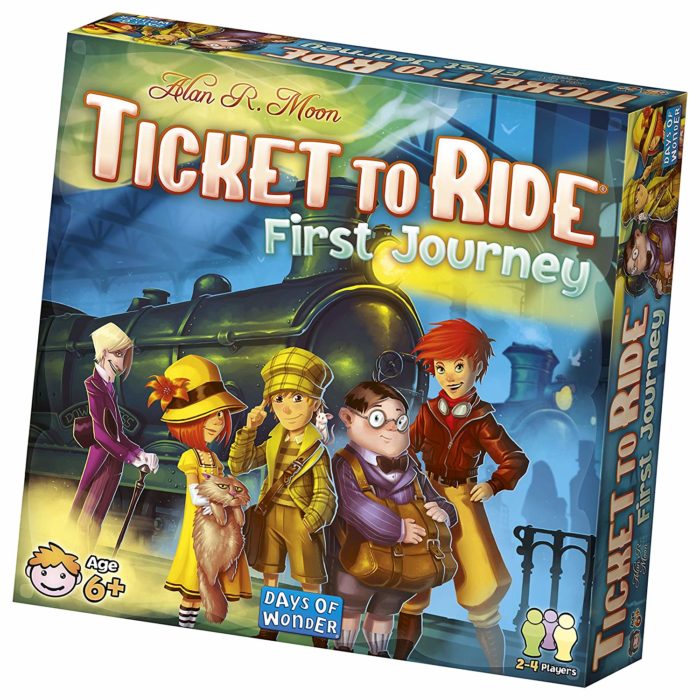 This game invites two to four players to take a ride across America via train, and learn basic geography. Players will race to complete their journey first, and the game can be completed in 30 minutes or less.

Ticket to Ride is based on the classic board game but intended for players six and up. Players attempt to collect train cards and build routes on a map by connecting cities they have obtained tickets to ride between. Whoever completes six tickets wins.

Get your Ticket to Ride…through Amazon Prime. Take advantage of free shipping! 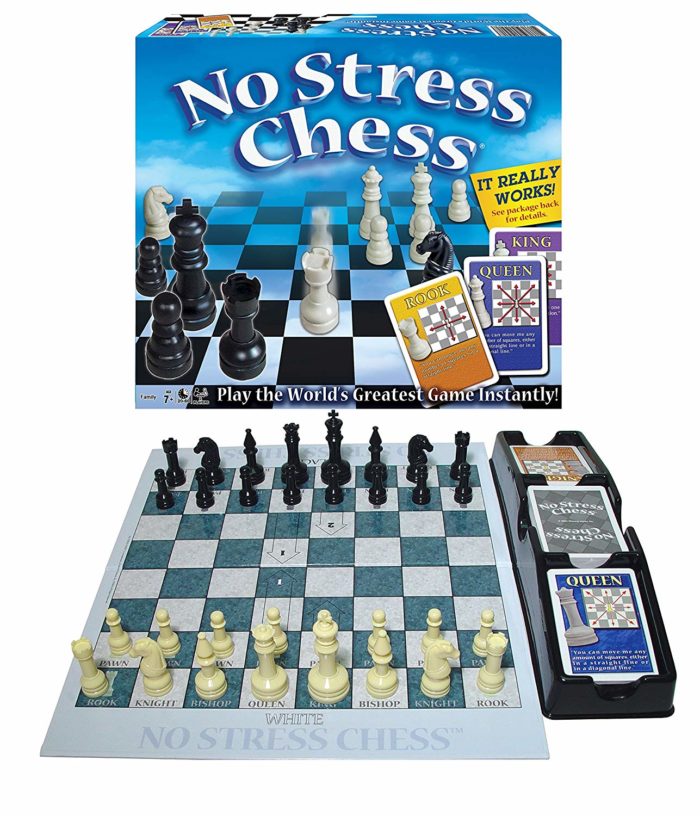 This game is built to teach people how to play chess. It comes with cards that tell players where to move. Players take turns picking cards and then doing what they’re instructed to.

No Stress Chess takes you from not knowing anything about chess to being able to play it without instruction. The chess pieces are plastic, and the set comes with 56 action cards and a two-sided chessboard. When players progress past the first side of the board, they flip it over to play standard chess.

Today we’re all stressed… but no need to stress out over learning the challenging game of Chess. Amazon has it! 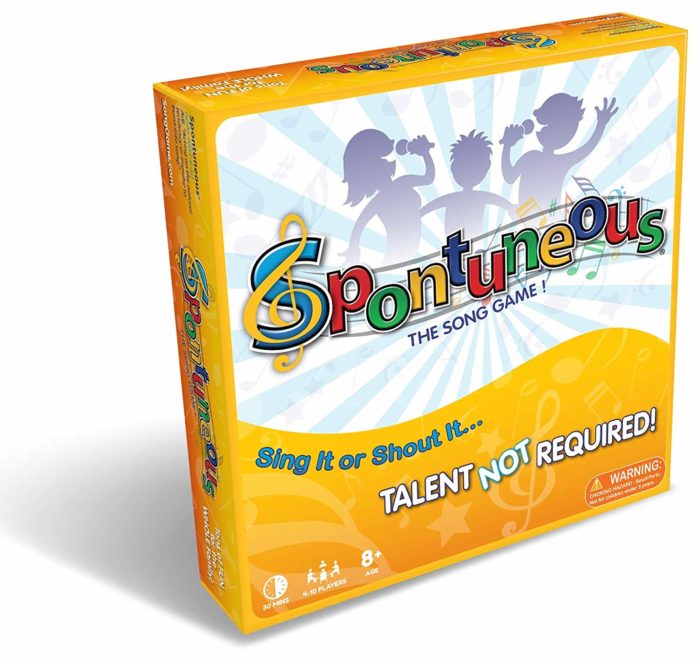 Spontuneous is easy to play and great for all ages 8 and up. A player picks a “trigger word.” Other players have 15 seconds to sing at least five words of a song with that word in the lyrics. Whoever sings out the words first then rolls dice and moves their piece across the board based on their roll.

Players can also land on spots that have cards that have challenges. If you stump the other players, they can challenge you, and you need to have a song that includes your trigger word. The game takes about 30 minutes to play.

At Amazon, you can find the game Spontuneous! Enjoy the art of music and song! 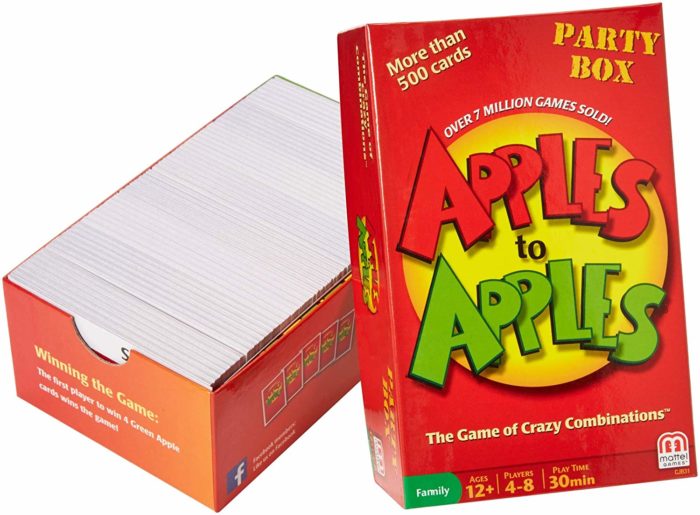 This set comes with 504 cards. It’s simple to play and comes in frustration-free packaging. Apples to Apples is widely beloved, award-winning, and makes learning fun for youngsters.

Help to develop your child’s mind…Buy Apples to Apples on Amazon! 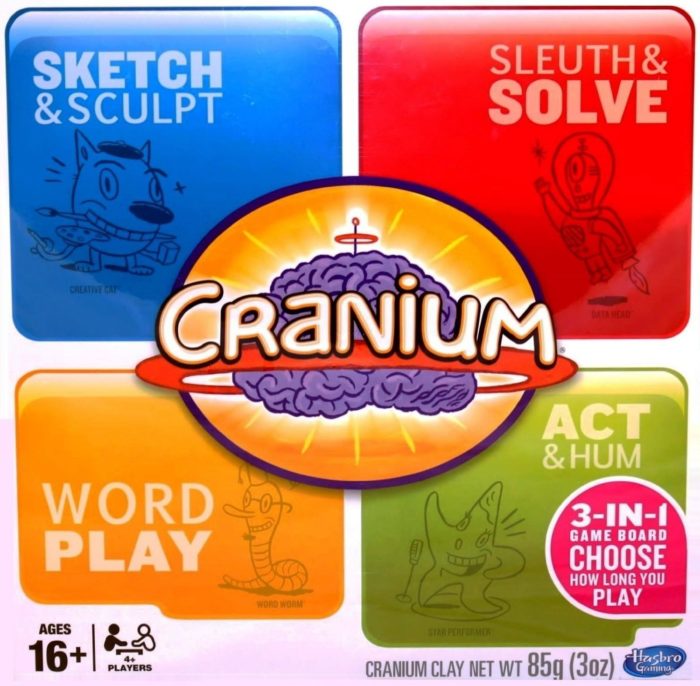 Cranium is a great, versatile game that kids love. It involves sketching, acting, humming, sculpting, and solving puzzles. Players compete to complete the board first by winning challenges.

The board on this edition can be modified to dictate how long the game will last, ranging from 30 minutes to an hour. It’s recommended for players 16+, although younger kids can enjoy aspects of the game, especially playing with the putty.

If you buy Cranium through Amazon Prime, you can get it in two days AND take advantage of free shipping!