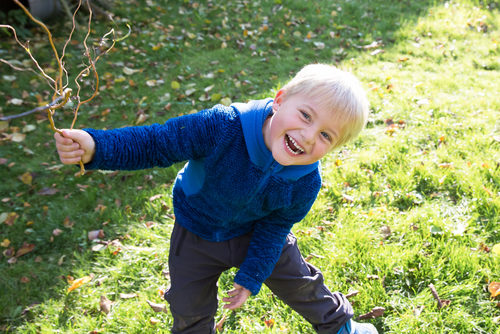 Five-year-old boys can be a handful, even more than in their toddler years. They’re extremely curious and full of energy. Sometimes though, especially if they don’t have a particular show they like or interest, it can be hard to find gifts for them that won’t just end up in a pile with all the other toys.

So what do 5 year old boys like to play with? Obviously, every little boy is different (we’re pretty sure the Wishing Well for Sensitive Boys featured on Saturday Night Live would actually sell in real life). But there are some things about childhood development in boys that remain widely true in general: 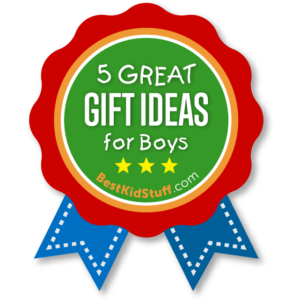 The best toys for 5 year old boys should be developmentally appropriate, but more importantly, they should help contribute to positive development safely. After searching through numerous age-appropriate toys, we’ve compiled a list of the best gift ideas for a 5 year old boy.

The Amazon algorithm never sits still; however, all items were under $35 at the time of publishing. 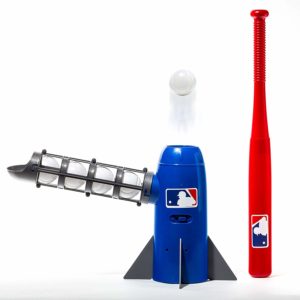 One of the gifts for a 5 year old boy is a baseball pitcher machine w/ foam baseballs. This particular one is made by Franklin Sports — a well-known brand for sports equipment for people of all ages.

Five is the age when kids start T-ball, and it’s usually the age where their coordination is improving. If they’re in T-ball, this gift can help them to improve both their coordination and focus. It’s also a lifesaver to parents because repeatedly throwing a ball can do a number on one’s shoulder, especially after a long day at work.

This toy shoots the ball at the same speed each time and at a pace ideal for five year olds. A child will gradually improve his or her skills. The machine pitches the ball up in the air, making it easier for this age group. It’s prepping them for graduating from T-ball to coach pitch.

A child will love watching the balls pop up and will feel proud once he hits the ball, just another reason why it’s one of the best gifts for 5 year old boys. It’s a great way to spend an afternoon with a child or for a boy to occupy himself. This device pops out a ball every seven second, so a child has enough time to prepare for the next pitch without getting frustrated. Since accidents happen, it comes with five plastic balls.

Another reason why this ranks as a best gift for a 5 year old boy is because it’s lightweight. A kid can easily move it by himself for hours of fun and easy clean up. 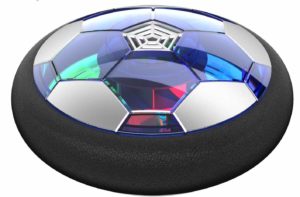 If a person is questioning, “what are 5 year old boys into,” balls and other similar items are the answer, and the WisToyz Hover Soccer Ball one has enough special features so it classifies as one of the cool toys for 5 year boys. Flashing lights, a soccer ball that can be used indoors, and an item that just glides across the floor. How can it get any better for a young boy? This ranks as one of the cool gifts for a 5 year old boy for all of these reasons and more.

This rates as one of the best gift ideas for a 5 year old boy because at the age of five, children are usually getting to the age where sports are enjoyable. It’s an ideal time for parents to start working with their kids to develop coordination. This hover ball is one of the cool toys for 5 year old boys since it helps hone skills while also being enjoyable.

During the winter months in cold areas, boys are full of energy with few ways to release it. Ultimately, this could mean they’re into things they shouldn’t be to try to occupy their time. The hover soccer ball can be used indoors, so a child can release all that pent up energy during the winter or on rainy days. It’s one of the best gift ideas for a 5 year old boy because he can use it all year long. It’s a win-win situation for parents as well since kids can tire themselves out even when they’re stuck in the house all day. The bumper on the outside of it protects a parent’s items as well. 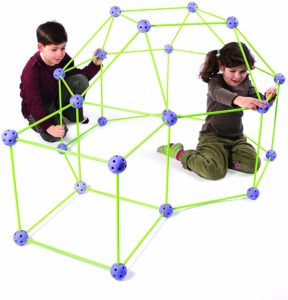 When a person asks, “what do 5 year old boys like to play with,” the answer is anything they can build. That’s why the Crazy Forts Kit is the best gift for a 5 year old boy. He can build, and at the end of the creativity, he has a fort that he can play in because it’s big enough to sit in. The fort building kit doesn’t just help with motor skills and creativity either. It also is one of the best gifts for a 5 year old boy because a child can learn basic problem-solving skills.

There are many possibilities for types of forts to build, so a boy can build a cave one day and an igloo another. It’s also highly portable, so a child can take it to his friend’s, grandma’s, or anywhere else he goes, even outside.

It makes the list of best gifts for a 5 year old boy because of how durable it is as well. Far too often, toys break, and a child is upset. With strong plastic parts, this isn’t likely to break unless a child is extremely rough with it. 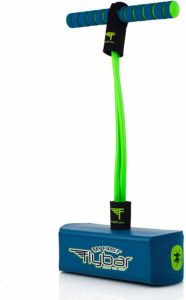 When considering “What are 5 year old boys into,” the answer is almost always a ton of movement, including running and jumping. The Flybar Foam Pogo Jumper makes the list of best gifts for 5 year old boys because it allows a child to do just that — jump.

At five, most boys aren’t ready for a real pogo stick, but this one doesn’t require balance, so the child just has to worry about having fun and bouncing. It comes in a variety of fun colors, so it’s easy to find a color a child will love. This pogo stick is a training one since it can help a child develop balance safely.

This foam pogo stick makes a squeaking sound every time a kid bounces on it, which makes getting exercise a ton of fun. Creating a love for exercise is ideal with toys for 5 year boys. It sits on a durable foam block, so a child can even jump hard. Yet again, this is a best gift for a 5 year old boy because it can be used all year long. A child can use it inside or outside. Plus, it’s extremely lightweight, so it’s easily moveable. It’s one of the cool gifts for a 5 year old boy since it can be used inside and help a child get enough exercise even if he can’t play outdoors. 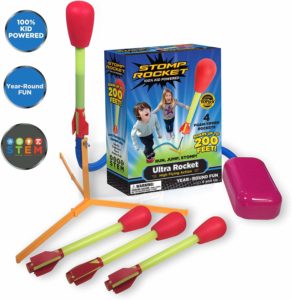 When thinking about “what are 5 year old boys into,” one common response is spaceships. It’s fascinating for a child to think about something huge flying into the air above the clouds. With a Stomp Rocket Ultra Rocket, a child can launch his own rocket into the air with merely a stomp.

It’s one of the cool gifts for a 5 year old boy because it launches up to 20 stories in the air. That’s the equivalent of 200 feet, which is quite impressive to someone who is only a few feet tall.

It ranks as one of the cool toys for 5 year old boys because it gets them off the couch and outside while keeping them busy. That’s important to encourage in children of all ages.

Moreover, this rocket is one of the perfect toys for 5 year boys because it’s made of foam, which is extremely safe.

All of these toys are the solution to what are 5 year old boys into. They keep kids busy while letting them having fun. Many of them help with creativity and other skills, too.

recommendations for younger and older boys