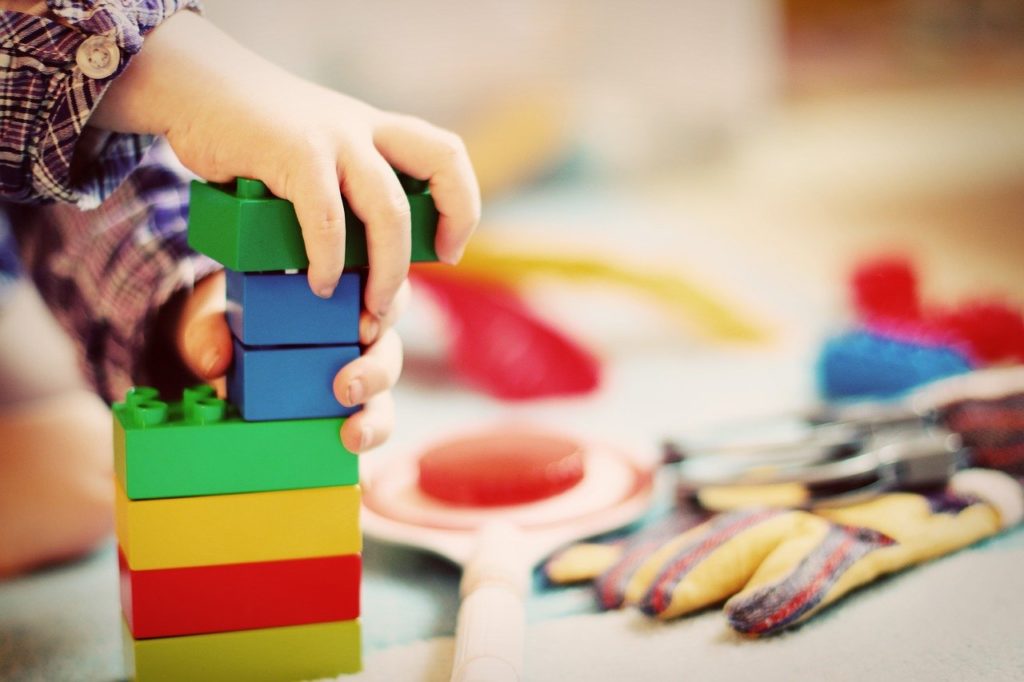 Early Childhood Education: The Importance of Play in 2022

Adults like to separate work and play, but that binary view doesn’t make sense for children. All work and no play really does make a dull boy, because that boy doesn’t have the chance to make critical connections between synapses, develop key social tools, or even discover his likes or dislikes. Adults are told that if they find a job they love, they’ll never work a day in their lives. Well, the path to that joy begins in childhood, with play.

Unfortunately, there’s a persistent myth that play, while enjoyable, does nothing but steal time from more important pursuits, like academics. Parents often feel guilty indulging their child’s playful side because it feels like they’re setting them up for failure. That myth couldn’t be less accurate.

There are millions of reasons to not just allow but actually encourage children to play, and quite a few of those reasons live in the brain. Most of them are called neurons. Just because kids aren’t cracking open textbooks or working with flashcards doesn’t mean they aren’t learning. While school is important, so is the development children gain running around a field with the dog, swimming with friends, holding tea parties with their dolls, and transforming into a pirate every time they find a suitable stick to serve as a cutlass.

How Play Helps to Develop Resilience

Children’s bodies develop as they run, leap, and totter around the neighborhood. So do their emotions and mental faculties, which all have a key role in improving resilience. The physical benefits of play are the most obvious: Splashing around in shallow pools, chasing after friends, and climbing trees all build physical stamina.

Muscles grow stronger, fine motor skills improve, and confidence grows. Children want more and more time to play because they have more and more ability to do so. No athlete crawls out of the crib ready for a marathon, but giving kids space and freedom to run may equip them for the task later on in life.

Because children enjoy tag, dress-up, and building with blocks, they’ll keep doing these things even when something goes wrong. A child doesn’t give up playing tag forever because they tripped once or twice. They don’t stop playing with blocks because they couldn’t get the tower as high as they wanted. Because play isn’t a chore, they don’t give up, and that creates the foundation for emotional resilience in the face of adversity, setbacks, or even failure.

Childhood activity shapes goals, interests, and lifestyle habits for the rest of a child’s life. Encouraging creative forms of play early in a child’s life establishes a healthy link to creativity in daily activities. Imaginative and creative games help children explore their world and develop their minds simultaneously. Many of the world’s greatest talents engaged in games throughout their lives. Free play doesn’t have to be logical: In fact, it probably shouldn’t be. Creativity doesn’t have to make sense, and children who master this wild side of the mind will stay in tune with it throughout their lives.

The Importance of Play in Brain Development

Time on the playground does more than build muscle. Play gives children of all ages a chance to explore and learn. While humans often approach new jobs, strange tasks, and fresh groups of people with at least a little fear, they suffer much less apprehension approaching the same scenarios in a recreational situation.

Children often discover what they do and do not enjoy by experimenting. Do they enjoy sports with friends? Do they want to meet new people at the park, or are they happiest wandering their favorite haunts alone?

Everyone has a natural urge to play, so people will keep chasing fireflies even if they trip once or twice. This urge is similar to the compulsion to eat, drink, and sleep. It’s necessary and written deep in humanity’s genetic code for a reason. A rowdy child running through the sprinkler is learning. A child transforming their bedroom into a zoo for stuffed animals is learning. Even the child cackling over an invented clapping game that makes no sense to their parents is learning. Parents can, and should, be learning right along with them.